BEIJING, May 28 – Malaysian Prime Minister Datuk Seri Najib Tun Razak arrived here from Xi’an Wednesday to begin the second part of his six-day official visit to China. Najib, who was accompanied by his wife Datin Seri Rosmah Mansor, arrived at the Beijing Capital International Airport at about 2.20pm (local time) and received by the Vice Minister of Foreign Affairs, Liu Zhenmin. Also present was Malaysian Ambassador to China, Datuk Iskandar Sarudin and Chinese Ambassador to Malaysia, Huang Huikang. The premier is in Beijing to commemorate the 40th anniversary of diplomatic ties between Malaysia and China.

Wednesday night, he will attend the Malaysia-China Gala Night ‘Friendship Across Generation’ concert at the National Museum of Beijing. Malaysia’s Permata Seni and Beijing Municipal Commission of Education will hold a joint performance with the theme “Friendship Across Generation”. Najib, who kicked-off his visit Tuesday with a stopover in the ancient city of Xi’an, officiated the “Malaysia-Xi’an Halal Food Festival Week” at Beiyuanmen Street (Muslim Street) and toured the Malaysian booths Wednesday. Before heading to the Museum of Qin Terracotta Warriors and Horses, the prime minister and his wife visited the 1,200 year-old Great Mosque of Xi’an.

On Thursday, the prime minister is expected to take a 33-minute high speed train ride to Tianjin where he will witness the groundbreaking ceremony for the Xianda’s Integrated Seawater Desalination and Salt Making project in Nangang Industrial Zone. Later on Thursday he will hold a bilateral meeting with his counterpart Li Keqiang, while a courtesy call on Chinese President Xi Jinping is scheduled for Friday. While in Beijing, Najib is scheduled to witness the signing ceremony of inter-governmental memoranda of understanding involving bilateral trade and political cooperation, visit the Beijing Foreign Studies University, Huawei Research and Development Centre and perform Friday prayers at the Niujie Mosque.

He is also scheduled to attend an economic summit with Chinese entrepreneurs in Beijing, while the highlight of the visit is the Malaysia-China 40th anniversary celebrations to commemorate the establishment of diplomatic ties between both countries, on Saturday, at the Great Hall of People. Malaysia and China established diplomatic relations on May 31, 1974 when the late Tun Abdul Razak Hussein, who was also Najib’s father, was the Malaysian prime minister. Malaysia was the first among ASEAN countries which initiated diplomatic ties with the world’s second largest economy. China has been Malaysia’s largest trading partner since 2009, while Malaysia continued to be China’s top trading partner in ASEAN since 2008. Last year, bilateral trade between the two nations amounted to US$106 billion (RM339 billion), and both Malaysia and China have agreed to boost the two-way trade to US$160 billion (RM511 billion) by 2017. 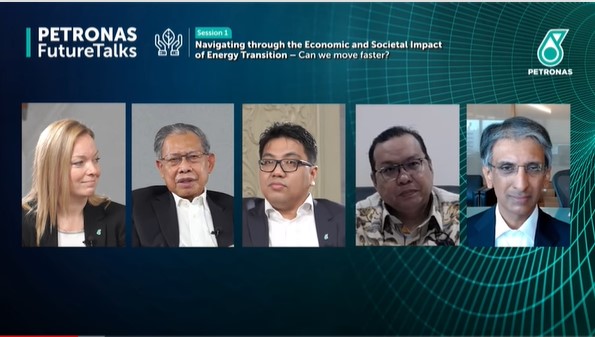