GEORGE TOWN, Apr 18 – Police shot dead two Indonesian robbers near a cemetery at Jalan Mount Erskine early this morning, said Penang police chief Datuk Abdul Gaffar Rajab. He said the two robbers aged between 30 and 40-years-old were shot dead after a brief exchange of fire between police and them on about 4.20am.

The incident was happen on 2:30am when police intercepted the suspects’ vehicle after they staged a robbery at a house in Lengkok Halia, Pulau Tikus. He said during exchange of fire between police and them, the two of the shots fired by the suspects hit the bumper of the police patrol car.

The car used by the suspects was reported stolen in Queensbay Mall on Oct 26, last year. A police forensic unit was also deployed to the scene to look for clues while the bodies were sent to the Penang Hospital for a post-mortem. Meanwhile, Abdul Gaffar said the two robber gang believed to be involved in at least 25 robbery cases, as 20 cases in 2015 and 5 cases in 2016, in the state. The case is investigated under Section 307 of the Penal Code. 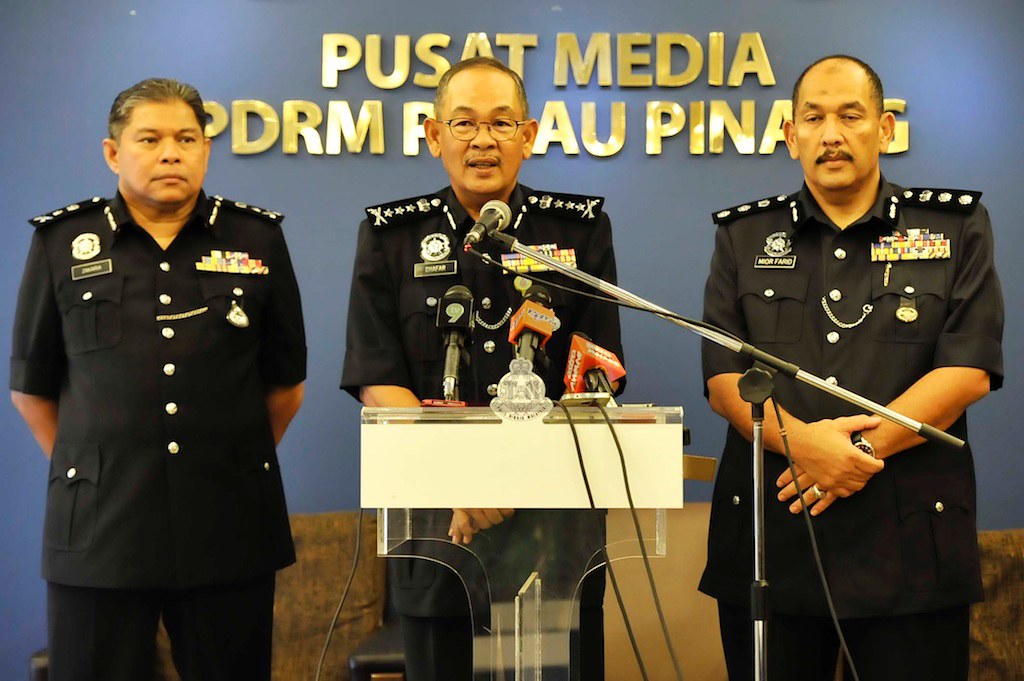