About 200 Senior Citizens Get Free Haircut At Paya Terubong

This event were organised together with Semarak Api Village Development and Safety Committee (JKKK) Chairperson, Toon Hoon Lee and representatives from Hairstory International. This event was second time held in Yeoh’s constituency. The event started at 9am and lasted for 3 hours until 12pm.

Yeoh said the main objective to organised this event here is to promote about caring society. He said this is a CSR from Hairstory which this is also the one of the efforts to get more private sectors to work together with the state government to give back to the society.

He also added that it is a very significant effort as it is both meaningful for the young stylist here and also the senior citizens who received the haircut. Besides that , the representatives of Hairstory International, Alan said this was not the first time they took part in this event. He said they often organised this charity event at padang tembak or other places. He said each haircut took 30 minutes to complete. 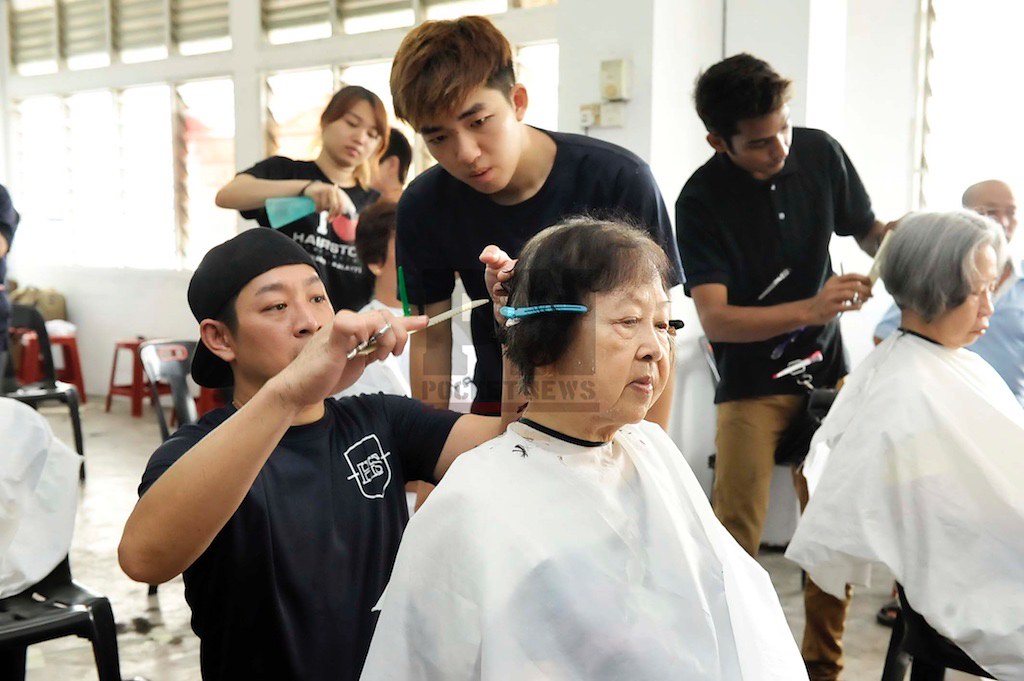