GEORGE TOWN, May 6 – Penang Chief Minister Lim Guan Eng and his wife Betty Chew arrived at the Penang office of the Malaysian Anti-Corruption Commission (MACC) at 9.30am Friday to have their statements recorded over purchase of a RM2.8mil bungalow in Jalan Pinhorn and the sale of land in Taman Manggis.

Lim’s car arrived at 9.22am before heading straight to the Penang Club parking lot some 50m away from the MACC premises. The car remained parked until 9.35am before it exited the parking lot and entered the MACC office. Three lawyers had also come along, R.S.N. Rayer and Gobind Singh Deo, representing Lim, and Ramkarpal Singh, representing Chew.

The purchase of the bungalow for RM2.8 million became a controversy after Tasek Gelugor MP Datuk Shabudin Yahaya disclosed in the Dewan Rakyat that the price was below the market value. It was also claimed that the purchase was connected to the sale of the land in Taman Manggis that had been reserved for a housing project for the poor.

” We were informed that the MACC required two days to record the statements. If necessary, we will have to return tomorrow. But for now, that is all that I can inform you. I had been informed that the previous owner of the bungalow, Phang Li Koon, had been called to give a statement today at the Putrajaya MACC office,” he told reporters later 9.50am at the compound of the MACC office in Jalan Sultan Ahmad Shah. Penang Chief Minister out for lunch at 12:10pm and resuming back at 2.30pm. 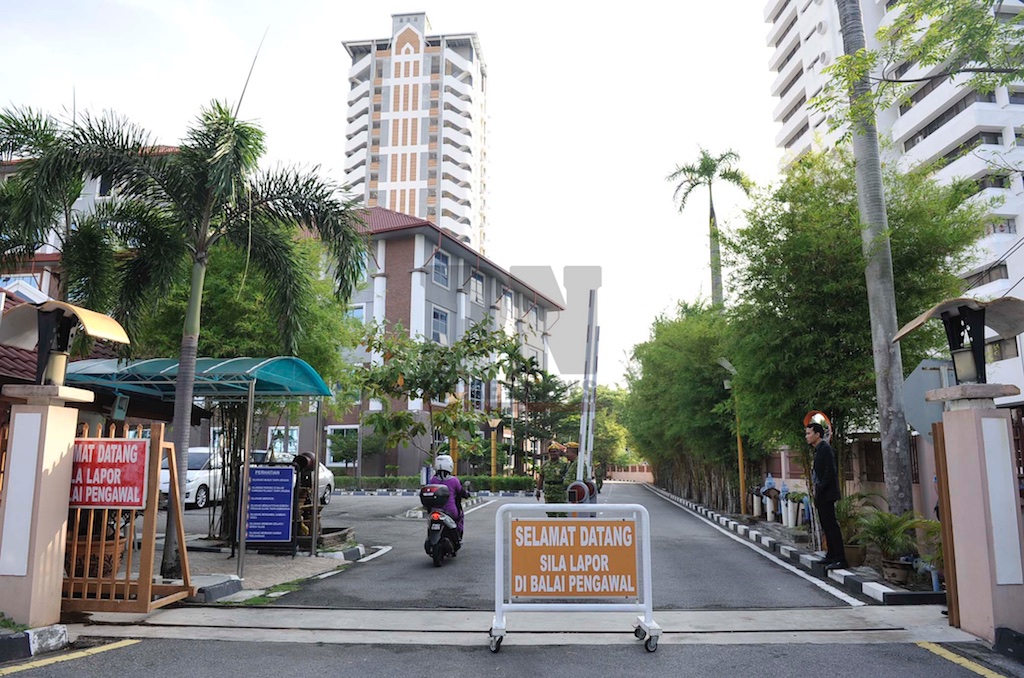