GEORGE TOWN, May 9 – Former prime minister Tun Dr Mahathir Mohamad once again shared a stage with the opposition when he delivered a lecture at the Straits Quay Convention Centre here Sunday. He delivered a Penang Institute-organised lecture entitled, ‘Quo Vadis, Malaysia? What’s next, Malaysia?’ for an hour before about 1,000 people.

At a press conference later, Dr Mahathir viewed the Barisan Nasional victory in the Sarawak state election as a reflection of the Sarawak people’s perception towards the federal and state government. Dr Mahathir was accompanied by wife, Tun Dr Siti Hasmah Mohamad Ali. Also present were Penang Chief Minister Lim Guan Eng and several DAP and PKR state assemblymen. On the withdrawal of his traffic police escort, the former prime minister said he did not mind. 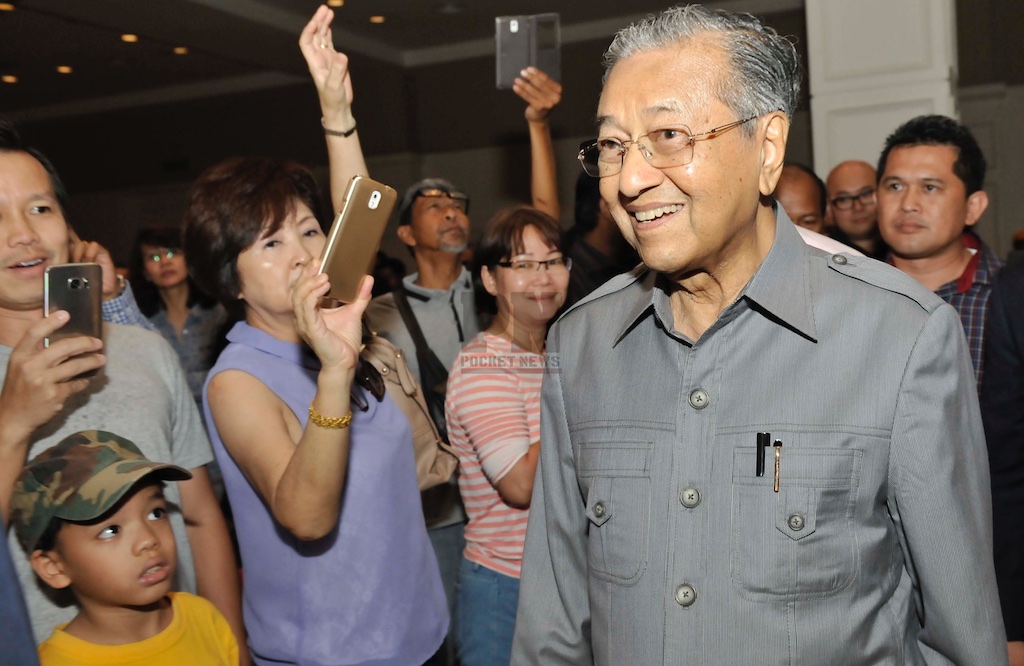