CEO: PBA Will Be In “Serious Trouble” Next Year If Kedah Dam Not Filled Up Soon

GEORGE TOWN, May 24 – Penang Water Supply Corporation (PBAPP) CEO Datuk Jaseni Maidinsa said Penang will be in “serious trouble” next year if Beris Dam and Muda Dam in Kedah are not filled up soon. Sungai Muda is Penang’s primary source of raw water.

“PBA’s business model is sustainable on the principle that we ensure our dams are full by the end of the year. As of today, our Air Itam dam and Teluk Bahang dam are around 50% which is consider as full,” Jaseni told reporters after PBA’s annual general meeting today.

“What is a cause of concern to us is our main source of water, Sungai Muda and the two dams which is Beris dam and Muda dam. So far, Beris dam is currently 29% full and the Muda dam is at 32%. We are very concerned about this, and we could be in serious trouble next year if these two dams are not filled up,” he said.

“The most important is cloud seeding. Without cloud seeding, we cannot continue business as usual due to the Super El Nino has reduced rainfall by 70%. I hope Federal Government can continue the cloud seeding to make up for this 70%, if not, the Northern Region will not ready for the coming dry season on next year. It may more worst then this year,” he added.

Jasani said the group will continue to be vigilant to ensure sufficient raw water availability in all of Penang’s dams as well as in Sungai Muda, Kedah, which contribute 80 per cent of Penang’s raw water. He said the alert level will only be deactivated when the effective capacities of the Air Itam and Teluk Bahang dams reach 60 per cent and the effective levels of the Beris and Muda dams in Kedah are at 50 per cent.

However, he said these are preventive measures for the future, and are in line with Penang state’s policy of not practising water rationing. At present PBA’s operations are ongoing as normal. Besides that, Kedah Mentri Besar Datuk Seri Ahmad Bashah Md Hanipah on Sunday said his government was in the process of getting compensation as the forests there cannot be tapped since water catchment areas needed to be preserved.

While, PBA said it is supportive of this on grounds that the Kedah government gazettes the Ulu Muda water catchments. Jaseni sadi the compensation is only relevant and due after the Ulu Muda catchments are properly surveyed, mapped out, gazetted and protected by law.

He said gazetting the Ulu Muda catchments would help to sustain and secure continuous good water supply not only for Penang but for Perlis and Kedah as well. So, Penang stands by its rights to draw raw water from Sungai Muda without paying the Kedah government.

Meanwhile, PBA Holdings Chairman Lim Guan Eng said sales of water in 2015 increased 15.06 per cent as compared in 2014. He in a statement said during the year under review, the sales of water to 575,747 registered water consumers in Penang generated RM300.325 million in revenue for the group, as compared to RM261.017 million in 2014. 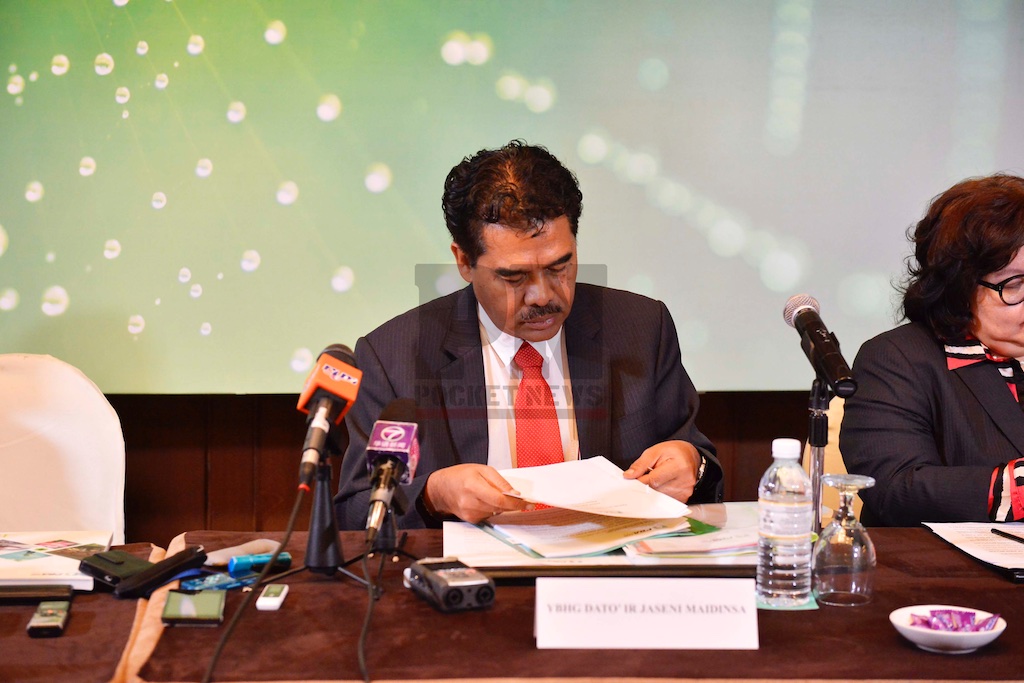