Superman Showcase On Hobby And Collections Penang 2016 At Komtar

GEORGE TOWN, May 28 – A Superman showcase was held at Komtar Level Three concourse here yesterday. It was a part of the Hobby and Collections Penang 2016, an event which showcases different kind of hobbies of Penangites. The event was launched by Datuk Ang Choo Hong who is the chief executive officer of PDC Setia Urus Sdn Bhd which manages Komtar.

Ang said the event was being held for the first time to exhibit diverse and unique hobbies and collections. It is open from 10am to 7pm. Entry is free. In the event, there were a Superman showcase which  the ‘Superman’ in question is Filipino Herbert Chavez who’s currently listed in the Guinness Book of Records for having the largest collection of Superman memorabilia since 2013.

Chavez, 40, said he fell in love with the superhero character after watching Superman II in 1980 and wanted to be Superman himself. He said he have started his collection when he was just four years old.  Up to date, he have up to 10,000 items consisting of Superman dolls, mannequins, posters, comic books, mugs, curtains, rugs, bed sheets, throw pillows and trash bins.

Chavez and his work partner, Wonder Woman, are here for meet-and-greet sessions with the public during the three-day event which ends tomorrow. The sessions are from 1pm to 2pm and 4pm to 5pm at the event venue.  Professional model Ameera Johara Clark, 13, from Manila, plays the part of Wonder Woman. She and Chavez have teamed up since the beginning of the year for anti-bullying campaigns conducted in schools back in the Philippines. 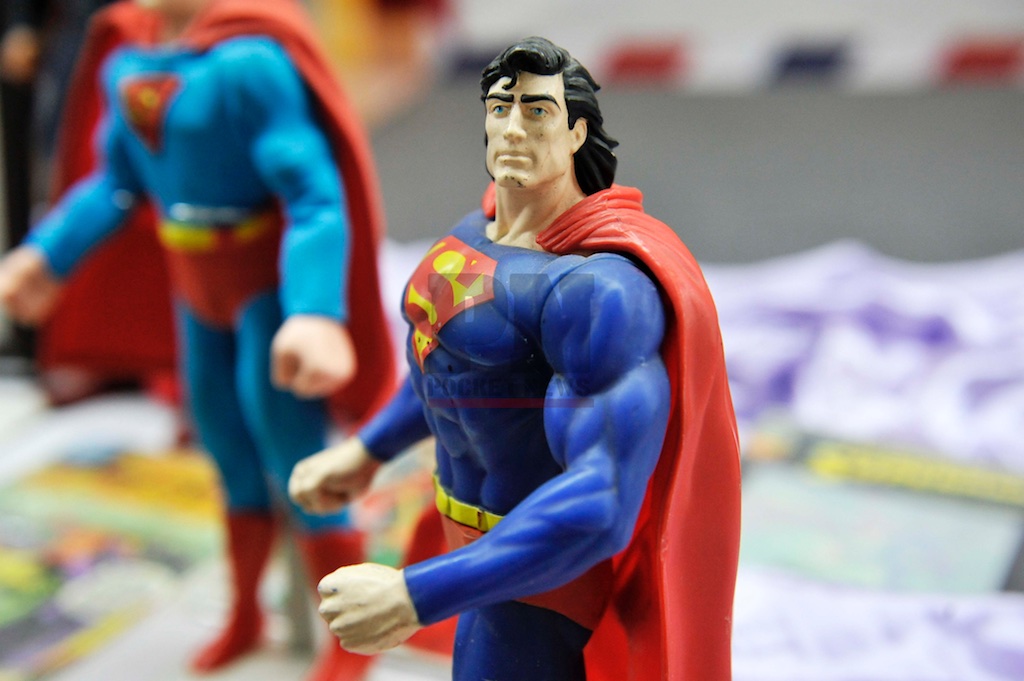