GEORGE TOWN, Jun 7 – The proposed undersea tunnel project continues to come under scrutiny with Parti Cinta Malaysia (PCM) today lodging a second report with the Malaysian Anti Corruption Agency (MACC) to urged for a thorough investigation into the contract.

PCM vice president Datuk Huan Cheng Guan said, however, he is an old friend of Penang EXCO YB Lim Hock Seng for many years, he will still reject YB Lim invitation to visit his office and possibly have coffee where YB Lim said he will show Huan the try to explain away his “confuse” over the MACC report that Huan had made on the Penang Tunnel project.

“Although I understand YB Lim is merely doing his job to defend the DAP Penang Government scandals but explaining to me directly does not help. it is not me alone that they have to convince but the Penangites,” Huan said in a press conference after lodging the report at the MACC Penang headquarters here.

“It is disappointing to read that the Penang Government has no plans to declassify the documents related to the project and make them public when they have always advocated transparency and openness but now does the exact opposite. In YB Lim public statement in reply to me, he did not dispute that the cost of the feasibility and detailed reports for the three paired roads cost RM208.8 million,” he said.

“Which means that the reports cost up to 11% of the construction cost of an indicated RM1.85billion to RM2 billion. This week above the the gazetted scale of fees set by the Board of Engineers and the works minister of between 2.48% to 2.54%. This means that the Penang Government may have paid five times more which is equivalent to an extra RM160 million,” he said.

Huan said he was regret that YB Lim saying that his team reporting this matter to the MACC is tantamount to sabotaging State project as if suggesting that paying up to five times above the scheduled rates is not something that should be questioned. Meanwhile, he said he was also regret that YB Lim and the Penang State Government continues to defend the project by saying that it was awarded based on open tender.

He said, but, is is not exactly sure how to achieve it. Meanwhile, he also said that the successful party have been granted the opportunity to negotiate with the government for the work when they is chosen, but they have not yet been awarded the contract.

“An RFP is merely an invitation to enter onto negotiations. In contrast, an Open Tender is more formal. detailed process that gives the bidders the assurance that if they put forward the best bid, judged according to the strict criteria set out in the tender, they must, in accordance with the law, be awarded the job. It is clearly from their RFP invitation on the Penang Tunnel Project issued by the Penang Government on 6 July 2012 that this is a RFP and not an open tender,” Huan said.

“I regret that the Penang Government continues to confuse the people and giving a misleading answer that this was awarded based on an open tender when it was clear that ir was via RFP process. Please stop this. Today I will also ask my team to submit additional documents to the MACC and PDRM. For years, the Penang Government has positioned this tunnel project as a joint China-Malaysia project,” he said.

In March 2013, to allay concerns that Consortium Zenith-BUCG (CZBUCG), the company awarded the RM6.34 billion project was only a RM2 company than and may not have the financial strength to complete the project, the Penang State Government had issued a statement saying that the combined shareholders of CZBUCG had a combined paid-up capital of RM4 billion.

In 2012, the CZBUCG shareholders as announced by the state government were:

However, Huan said the reality is that 3 years later and after hundreds of millions of ringgit have been spent on doing studies and billions f ringgit of Penang State land have been sold or presold to 3rd party by CZBUCG, according to the latest SSM reports the current paid up capital of CZBUCG is still only RM17.5 million with the current shareholders structure:

He said there were not only does BUG have such a tiny 0.0057% take but the China Rail group seems to be completely missing as a shareholder. He said this concern as the Penang State Government had previously said that the RM305 million reports were already complete or close to completion and that construction will soon begin this year.

“The current shareholding structure of CZBUCG appears to be very different as per their RFP proposal and what the Penang Government had said then. It is clear that the Penang State Government should explain if this a breach of the agreed terms of the RFP process and why. In additional, my team will submit this latest findings to the MACC to assist them their investigations,” Huan said. 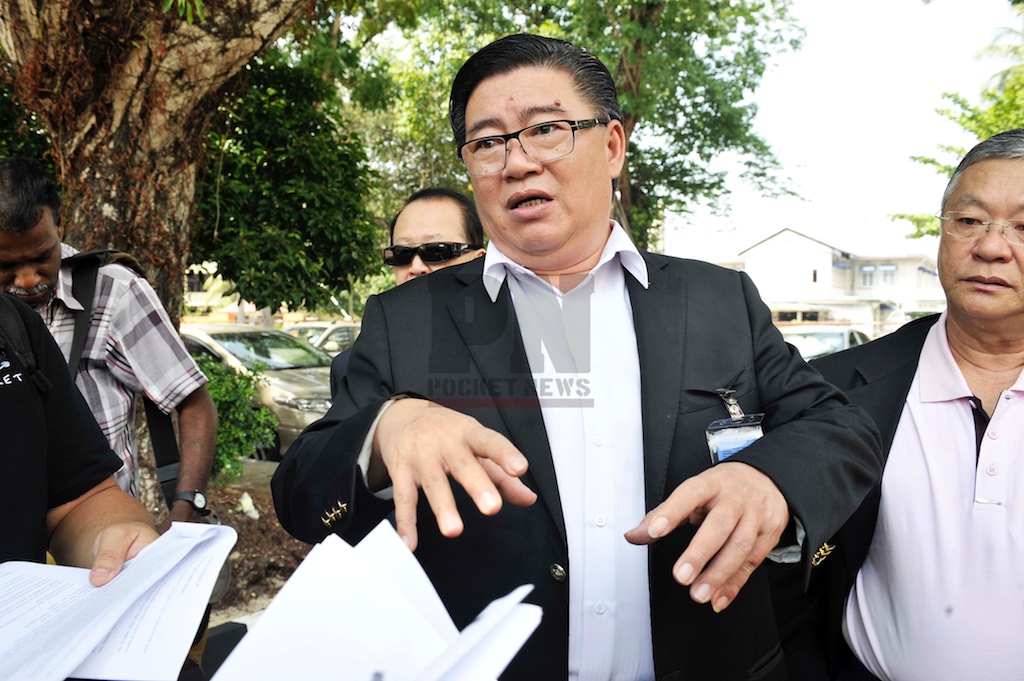