GEORGE TOWN, Jun 8 – Penang Police seized several types of drugs worth RM1.2million during a raid on a drug processing laboratory at a condominium on Monday morning. Penang deputy police chief Datuk A. Thaiveegan said the bust came after police detained a 31-year-old man at Jalan Relau, Bayan Lepas and found a packet of 12.5g syabu.

He said the suspect then led police to the condominium in Sungai Ara where police detained a 35-year-old woman and seized drugs as 3,838 ecstasy pills, 8.7195kg of ecstasy powder, 300g of ketamine, 105g of syabu, 24g of ganja and 75kg of caffeine powder.

He said police also seized drug processing equipment and a car during the 8am operation. He said both of the suspect have been remanded until June 13 for further investigations under the Dangerous Drugs Act 1952 which carries the mandatory death penalty on conviction. He told this in a press conference here today. 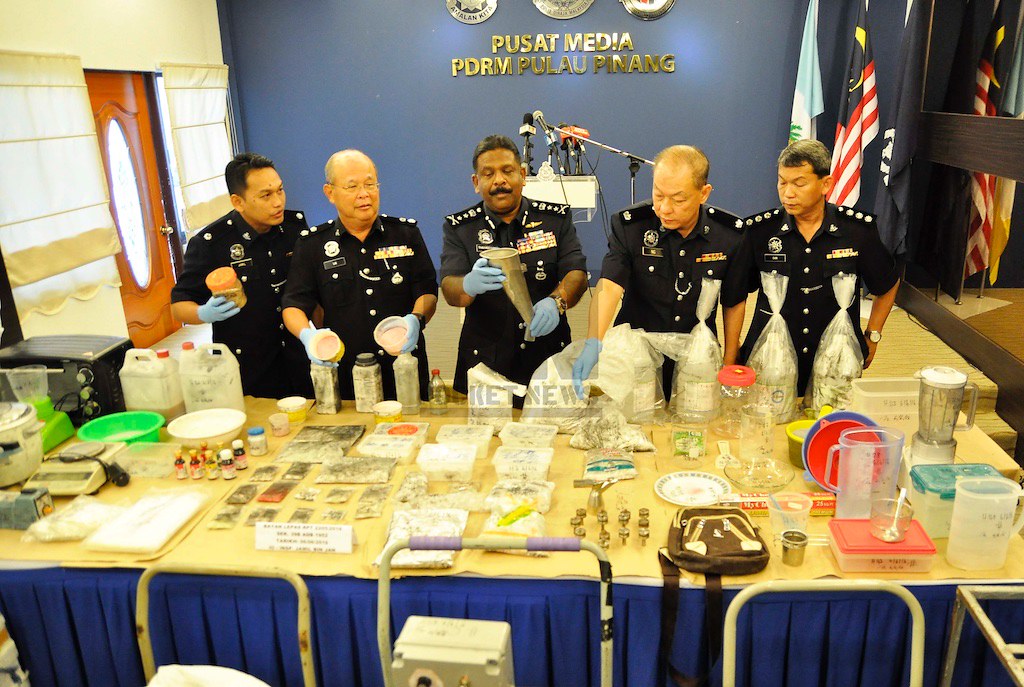