GEORGE TOWN, Jun 22 – Greyson Chance was having his signing autograph ceremony today at Gurney Paragon to released his new EP Somewhere Over My Head. It was the first time ever, Greyson was making an appearance at George Town for a performance. There were around 5,000 over crowd lining up on Wednesday evening to support Greyson Chance.

A departure from his previous albums, Somewhere Over My Head showcases his mature sound and range. With sultry tunes like his debut single “Afterlife” to the upbeat and danceable track “Back on the Wall.” Greyson draws from R&B, funk, and jazz influences that have him reaching impressive vocal heights with bluesy baritones and soaring high notes.

Greyson wrote the tracks between Oklahoma and Los Angeles. Somewhere Over My Head is available now on all major digital platforms. He is definitely no stranger to Malaysia, having already made several visits in the past. On Jun 19, he was in Kuala Lumpur for a showcase which held at Sunway Putra Mall. Fans who purchase Greyson’s new EP will be entitled to a show ticket for access into the Grey-Zone, as well as exclusive merchandise. 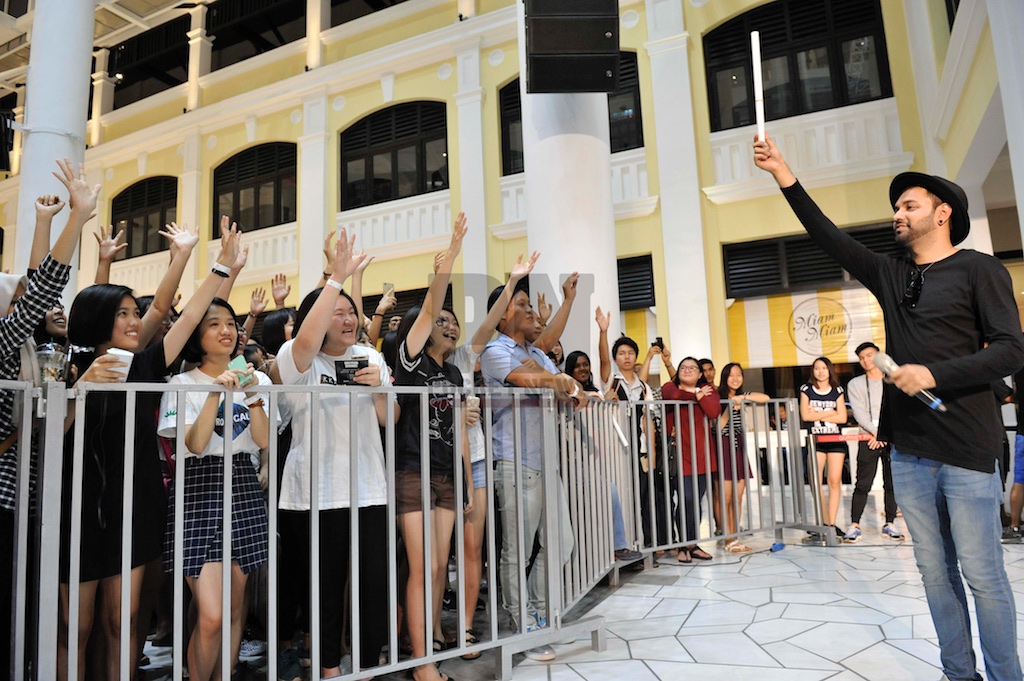