GEORGE TOWN, Jun 22 – Kedah State Executive Council weekly meeting convened at the Penang Hospital here this morning. This is because Menteri Besar Ahmad Bashah Md Hanipah is recuperating from an intestinal surgery on June 6. He was transferred from the Kedah Medical Centre (KMC) to the Penang Hospital on the same day where he was warded at KMC on June 4 for an intestinal complication.

Ahmad Bashah was admitted to the KMC about 7.15pm and was admitted to the ICU at 7.45pm that same day after he complained of dizziness while attending a meeting with Barisan Nasional (BN) state assemblymen at the Grand Alora Hotel at about 7pm on Jun 4.

Appearing cheerful, Bashah was spotted wearing a lounge suit with a red tie, whilst his 10 exco members sat in a circle at a tiny spot in the ICU ward. Only photographers were allowed into the ward at the time, and were given only five minutes to snap photos. The exco meeting is nothing new to the Kedah government, as former MB Syed Razak Syed Zain also held an exco meeting while hospitalised. The meeting, the first of its kind, was held at the Island Hospital in Macalister Rd in 2005. 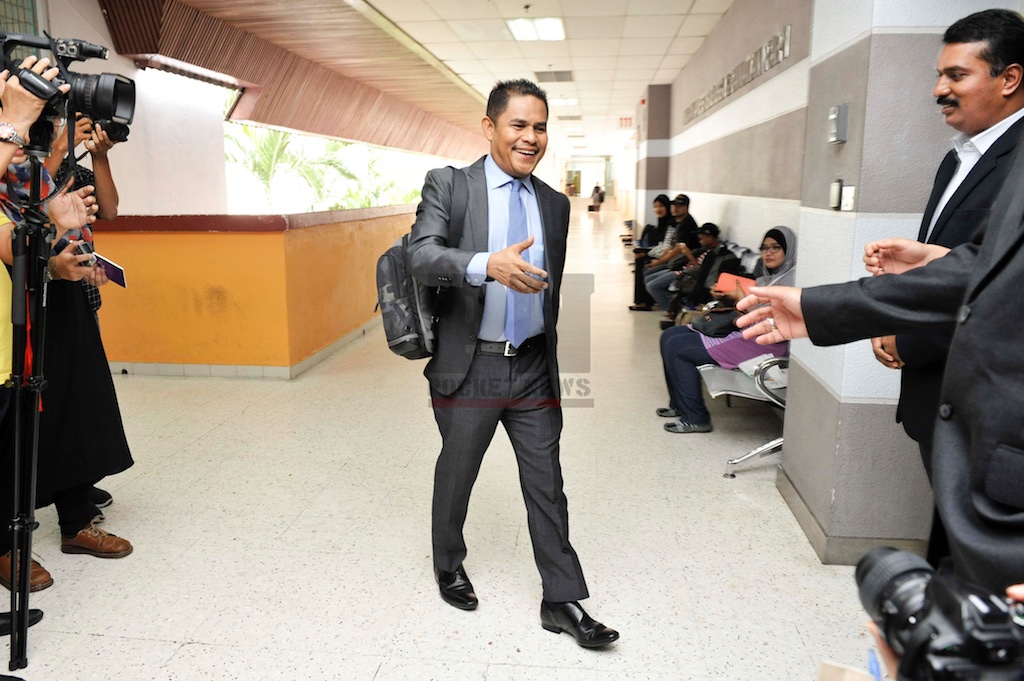