Both debaters were reached on about 8:20pm while the debate was began on 9:00pm sharp. Also present at the debate were Penang Chief Minister Lim Guan Eng and his wife Betty Chew and Penang state executive councillors as well as an entourage from the  PKR. Meanwhile, Liang was also accompanied by the local Gerakan leaders as well as MCA members.

The atmosphere of the debate was electrifying as it saw intense participation from the crowd comprising Gerakan and DAP supporters, who provided loud continuous jeers and cheers. The moderator of the debate was lawyer Lee Khai. As for the question and answer session that lasted for 25 minutes, each of them were given one minute to ask questions and five minutes to answer. Both were given 10 minutes to wind up their debate.

Liang throwing the first question by casting doubt on the feasibility of the RM6.34 billion mega project comprising three highways and an undersea tunnel. He said there is no need to have the undersea tunnel due to the vehicle volume on the two existing bridges did not reached the maximum capacity and is able cater for the users.

He asked why Singapore can cope with traffic volume entering and exiting the two links being on an island republic then why should Penang have a third link? He said the cost of the undersea tunnel in terms of feasibility study and is way too high compared to what is incurred in infrastructure projects in the country.

Lim also throwing the first question by saying that the Barisan Nasional leaders had lied in the inconsistency about the figures behind the highways and undersea tunnel. He also wanted know if the previous BN administration had awarded contracts through open tender or just through a crony tender.

In additional,  Lim had used the words of “bodoh” and “celaka” to hit back at Liang for bringing up Chief Minister Lim Guan Eng’s bungalow issue. Lim felt Liang had resorted to personal attacks and was going off topic by bringing it up. The DAP supporters, were no angels too, with screams of “Rosmah”, “2.6” (referring to RM2.6 billion donation) also heard from them.

Liang said he was shook during the question and answer session as a gesture that Lim did not answer his questions directly. Meanwhile, he also ended up his debate by challenging the Penang government to invite the Auditor-General to inspect the documents pertaining to the project if he have nothing to hide.

Besides that, Lim had also delivered a parting shot against Liang, which claiming that he did not answer his questions while the agitated Gerakan supporters were also on their feet to heckle Lim over a series of mocking statements against the Federal government.

Rela members were summoned to keep the house in order. Several rowdy people were asked to leave the hall for disturbing the proceedings. The debate lasted an hour and 20 minutes, ending at 10.20pm. The crowd then dispersed, with Lim and Liang’s camps both declaring themselves the winner. 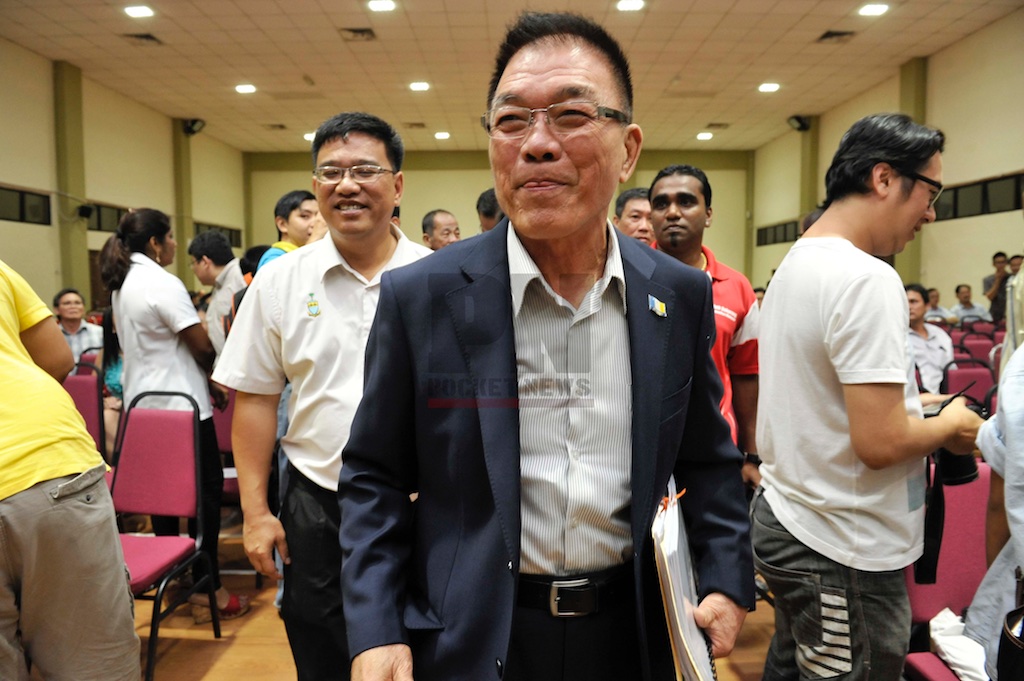