GEORGE TOWN, Jul 1 – Penang Local Government Committee chairman and state DAP head Chow Kon Yeow at 2.30 this afternoon announced that the solidarity fund it launched for Chief Minister Lim Guan Eng will cease collecting money. He said the party has achieved its target which they have received a total of RM1,009,000 from public donation since the campaign at 5:00pm yesterday till 2:00pm today.

“Within 21 hours, the collection target is achieved, equivalent to RM51,000 for every hour. I would like to thank the people of Malaysia because not only the Penangites make this sacrifice for the sake together with Lim Guan Eng against the corruption in this homeland. We (DAP Penang) can generally stop this campaign because donations have already reached the target,” Chow, who is also Padang Kota Assemblyman told reporters at Wisma DAP near Jalan Rangoon here today.

At the same press conference, Hon Wai also announced the program “Walking with Guan Eng” from Lebuh Pantai (in front of Standard Chartered Bank) to Esplanade on Sunday (July 3) at 7:30am. He said, at the same day, “Majlis Penerangan Ketua Menteri Bersama Rakyat” will also be held at Dewan Sri Pinang on 10:00 am. He also added that, those who want to joint the program “Walking with Guan Eng” on Sunday are advised to wear bright colors or soft colors as a sign of solidarity. 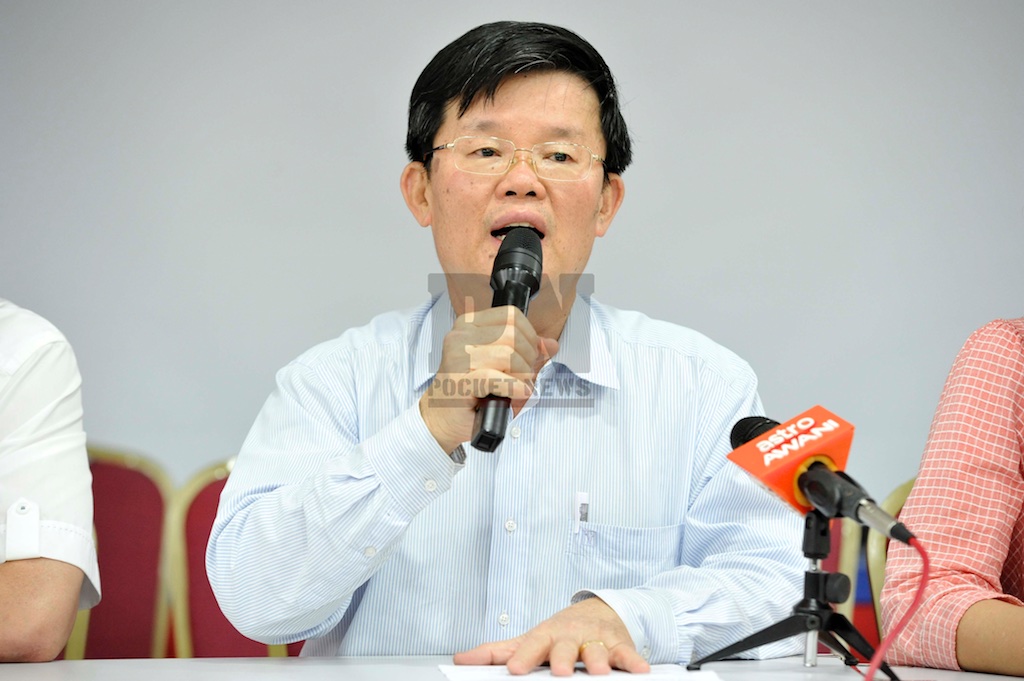