GEORGE TOWN, Jul 3 – Police hold a special roadblock operation at Lebuhraya Tun Dr. Lim Chong Eu, near to Villa Emas Condominium, is to lead-up to Hari Raya as police ramp up its fight against crime. A total of 59 summonses were issued to motorist and motorcyclist for various offences.

The operation was started on 12:30pm and ended on 2:00pm. Among the offences in one-and-a-half-hour operations were having expired road tax and driving license as well as failing to produce a driving license. A total of 20 traffic summonses were also issued for driving over the speed limit (80km per hour). 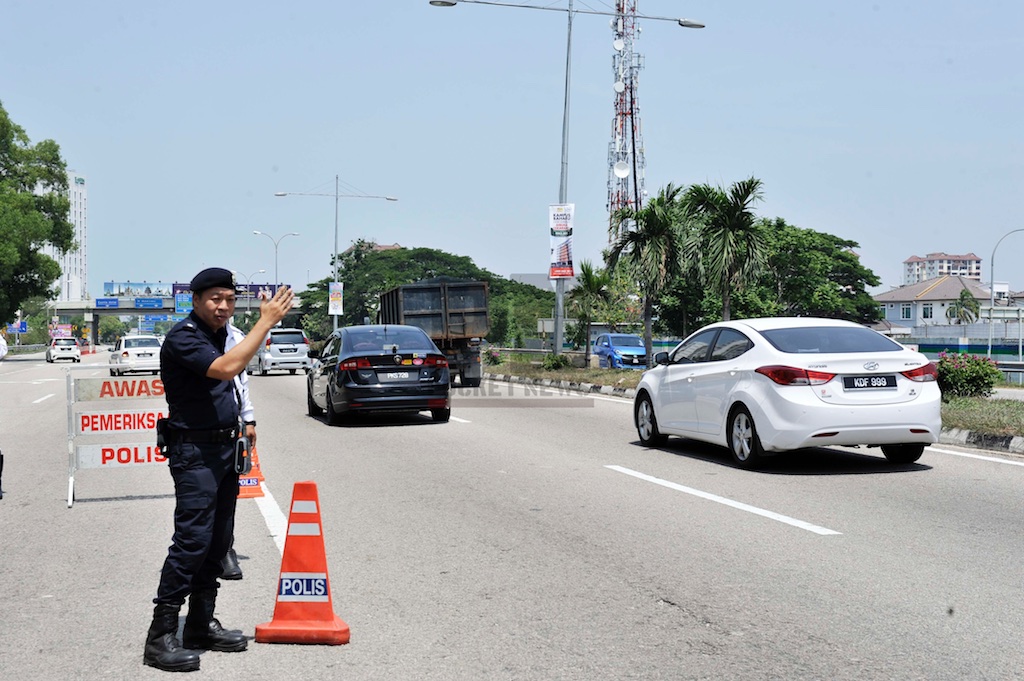