GEORGE TOWN, Jul 14 – Family members of the three victims who gunned down in chicken processing factory at Batu Maung yesterday, today performed religious rites to appease the souls of the departed. Chung Lay Pheng, 37, who is the daughter of Tan Saw Sim, 55, with her 18-year-old son Lee Wai Kiet revisited the crime scene about 11.30am this morning.

Lay Pheng and her son spent about an hour at the factory reciting chants led by a Taoist priest. Also present were the wife of Chung Wah Thong, Jess Tan, as well as their other child, aged one. Lay Pheng said the factory will closed for now till after Sunday when the remains are cremated.

It was reported that the suspect is believed to have entered into an argument with the family when they refused to give him money for drugs. The man later returned with a 9mm semi-automatic pistol and fired 11 shots at the victims before fleeing in a Toyota Hilux, registration number PLJ 7392, belong to Toh.

Police believe that the incident happened as the family and Toh were sleeping in the factory’s living quarters, a makeshift container. The killer, believed to be a family member, is now on the run. In the meantime, police have also launched a manhunt for the suspect. 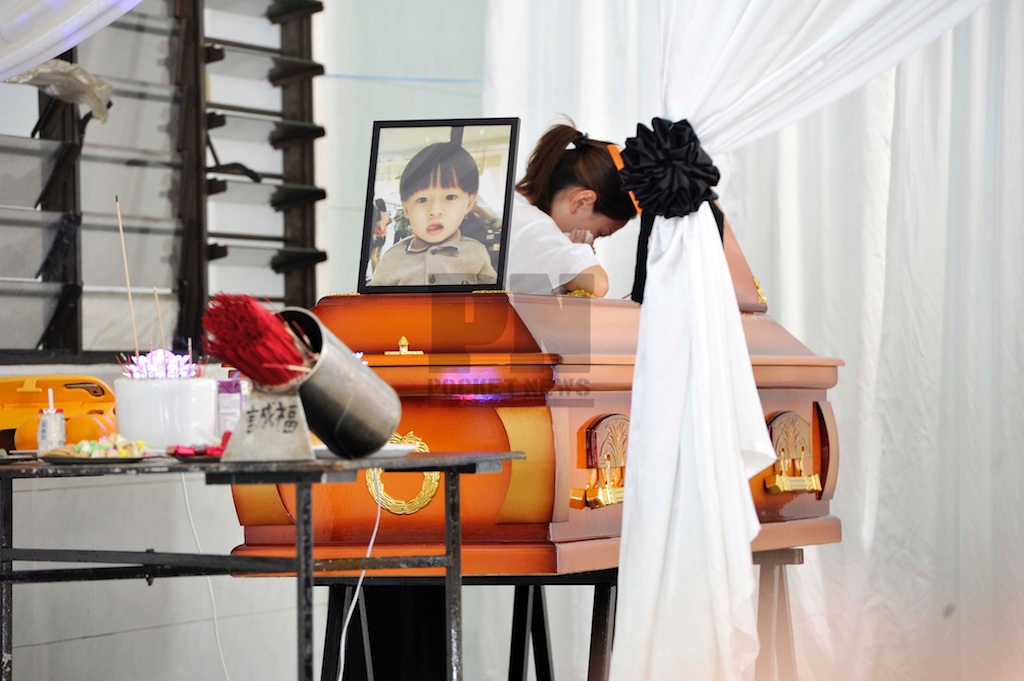