The cortege of the Tan Saw Sim, 55, Chung Wah Thong, 28 and Ayden Chung, 2, who had been gunned down by Chung Chun Wah, 32, in chicken processing factory at Batu Maung was leaved the United Hokkien Cemeteries Funeral Parlour and cremated in Penang’s Batu Gantung Crematorium. More than 100 people witnessed Saw Sim and Wah Thong final rites performed. Wah Thong, who was a jockey, was also taken on a final journey around the Penang Turf Club.

On Wednesday, Chun Wah mercilessly shot four people at a chicken processing factory, including his 55-year-old mother Tan Saw Sim, 28-year-old brother Chung Wah Thong, two-year-old nephew Ayden Chung, who is Wah Thong’s son and his mother’s 50-year-old boyfriend Toh Hock Choon. It was reported that the suspect is believed to have entered into an argument with the family when they refused to give him money for drugs.

Chung Chun Wah later returned with a 9mm semi-automatic pistol and fired 11 shots at the victims before fleeing in a Toyota Hilux, registration number PLJ 7392, belong to Toh. On Thursday, Chung Chun Wah was gunned down by police after an exchange of fire near the Kek Lok Si temple in Air Itam. The remain of Toh Hock Choon and Chung Chun Wah was cremated at Batu Gantung Crematorium on Friday. 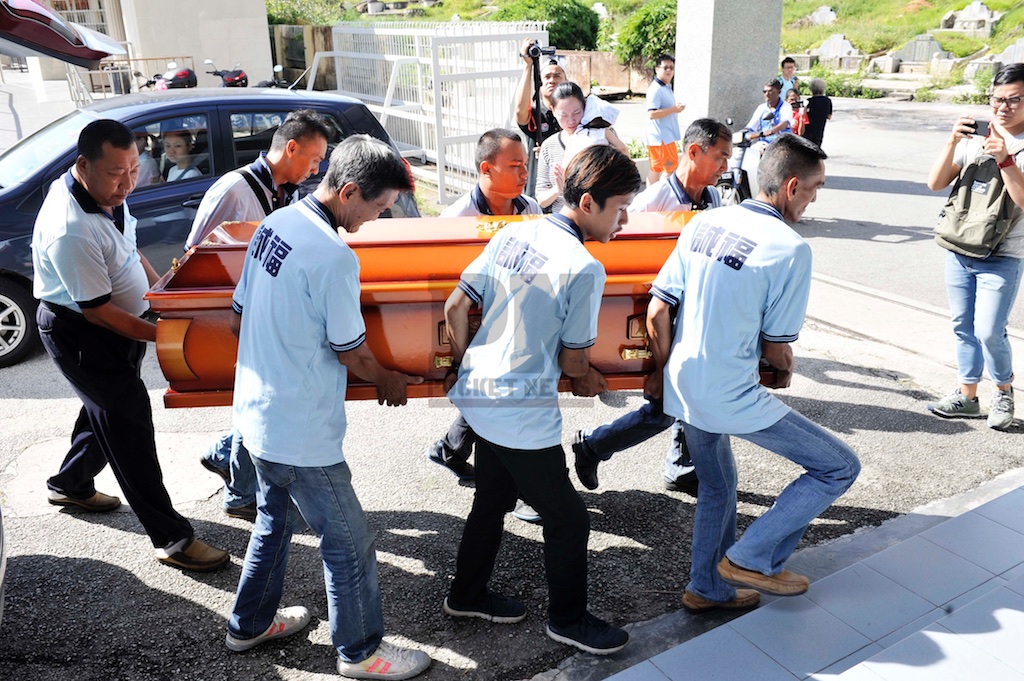