The buses to hit the streets in stages beginning on Aug 1. With a cost of RM1.4 million for each bus, the new buses will ply the three routes on the island next month are Route 101 (Pengkalan Weld-Teluk Bahang), Route 102 (Penang International Airport in Bayan Lepas – Teluk Bahang) and Route 103 (Pengkalan Weld – Relau).

Prasarana group chairman Tan Sri Ismail Adam, who was present said, these new buses would increase the Rapid Penang bus services to the commuters. He said the ability to accommodate up to 108 passenger capacity, the new double-decker buses is capable of carrying an additional of 40% more passengers than the existing buses plying roads in the state. 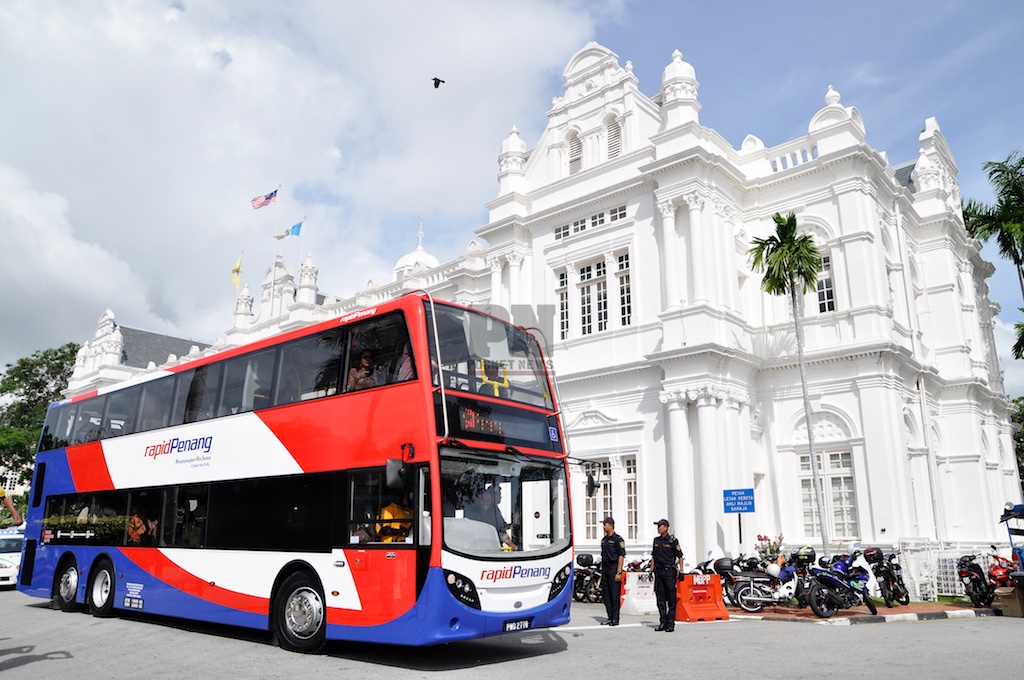