GEORGETOWN, Aug 22 – Controversial rapper and musician Wee Meng Chee, better known as Namewee, had remanded at George Town magistrate’s court here this morning. Namewee had remanded for 4 days beginning today to facilitate investigation on a video clip shot at a mosque in Tanjung Bungah here, titled ‘Oh My God’, which allegedly insults Islam as well as other faiths.

Namewee wearing a white T shirt accompanied by police had arrived at the courthouse’s remand division at about 10:25am with a police car. In the meantime, he wad looking calm with his hands cuffed, he obliged to some 30 media personnel who wanted to take his picture.

Namewee court ruled by the Assistant Registrar of the Court of Magistrates, Ahmad Tajuddin Zaini remanded for four days from today until August 25, under Section 295 of the Penal Code which carries imprisonment up to two years or a fine or both. On Sunday, Namewee has been arrested at Kuala Lumpur International Airport (KLIA) as he arrived from Taiwan at 3.30pm. 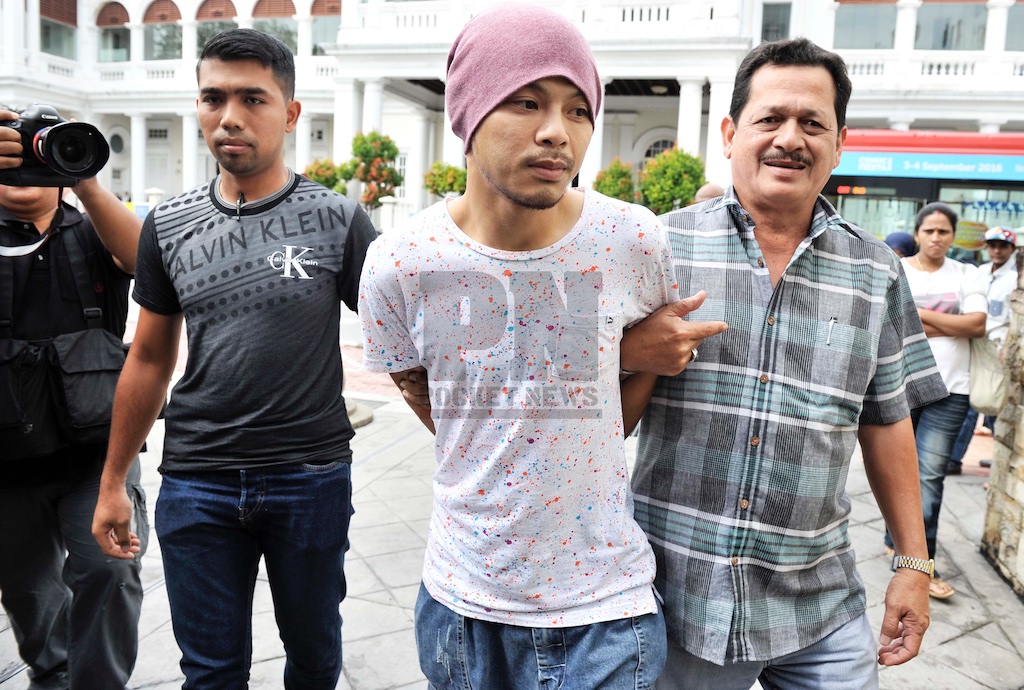