Suspect Escapes After Believe Shot By Police In Residential Area

GEORGE TOWN, Aug 24 – Three suspect were detained by police after their car Proton Iswara Aeroback lost control and crashed on a low-cost residential area in Solok Sungai Pinang here early Wednesday morning. The incident was happen on 5.30am, the police had fired five shots at the car near the Jelutong dumpsite along Tun Dr Lim Chong Eu Expressway when the driver sped up to hit a police multi-purpose vehicle (MPV).

According to sources, the police chased the car from Jalan Datuk Keramat to Sungai Pinang while the driver refused to stop his vehicle and sped up to hit a police MPV. The driver, who was believed shot by police, however managed to escape while three suspect were detained by police. The three suspects were aged from 12 – 34 years old.

Police said the initial investigations are also found that the car was reported stolen earlier at Jelutong area, and was being brought back to the police headquarters for further investigations. In additional, police are still hunting the suspect who fled off from the scene. 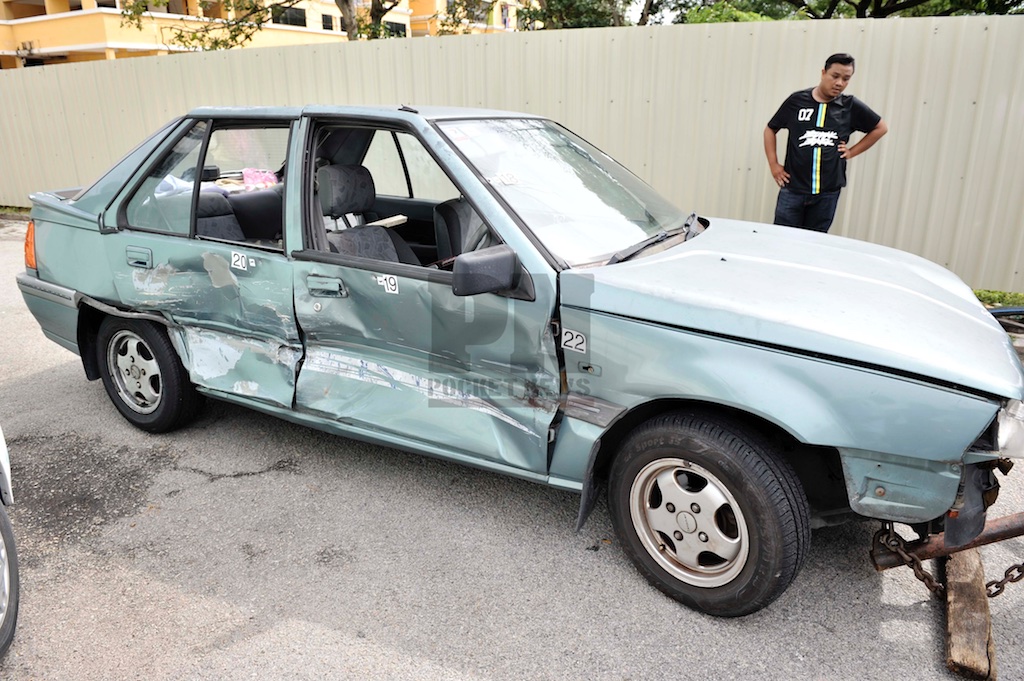