Gerakan Wants To Be Part Of Commission On Bribes-For-Home

He said knowing the DAP-led state government would “attempt to whitewash the matter”, the leaked video footage would be handed over to Governor Abdul Rahman Abbas, request the Penang governor to look into forming the commission. He said if given the green light, Gerakan would like to send its members to be a part of the commission.

“These are the questions that need to be answered – is Uncle Lim (Siew Khim’s father Keat Seong) received “coffee money”, as recorded in the video clip? After Uncle Lim received the “coffee money”, who was the money handed over to? When will the state government take legal action against Uncle Lim?” Oh said in a press conference at the state Gerakan headquarters here today.

In a video clip released onto Facebook page “Penang Kini” on  Sunday, a man alleged to be Lim’s father, Keat Seong, together with his broker, and “deceived” home buyer were seen talking about settlement terms after a failed home purchase. According to the video, those interested to “cut the queue” in the government’s affordable home scheme programme, would have to pay RM260 to an “Uncle Lim”, who would then ensure they get a unit.

Penang Gerakan Anti-Corruption and Land bureau spokesperson H’ng Khoon Leng repeat his call to those who paid to apply for state housing properties to lodge complaints with Gerakan immediately or call Hng at 012-409-8718. He said those who come forward to give information need not worry as they would be protected under the Whistleblower Protection Act. 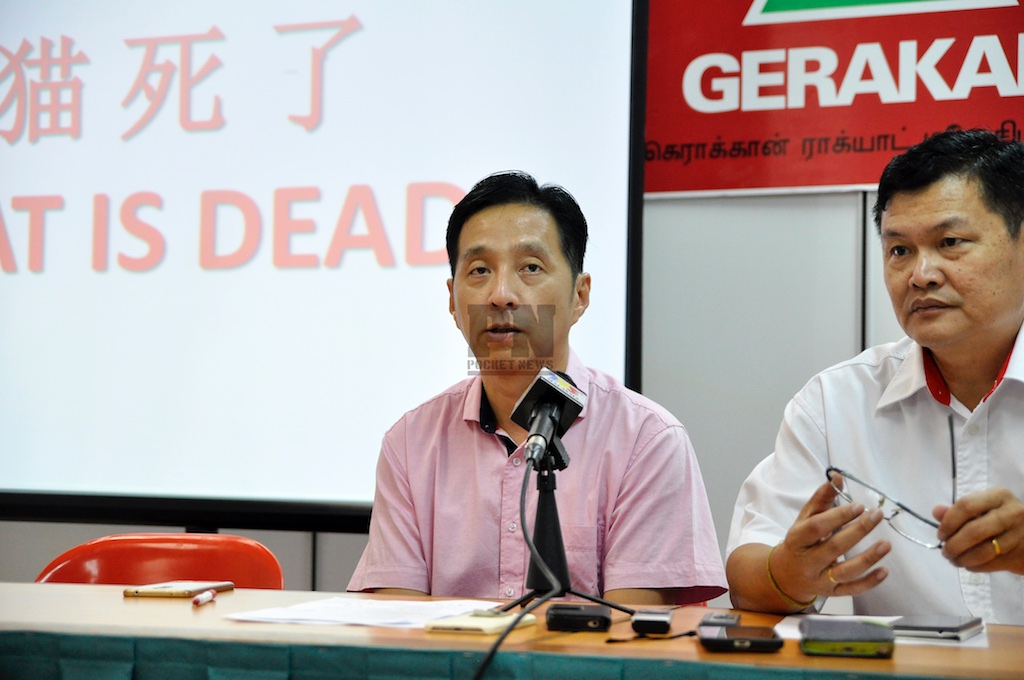