GEORGE TOWN, Sept 1 – Nation’s badminton players fans had gathered at the Penang International Airport’s VIP arrival hall this morning to give a rousing welcome to Datuk Lee Chong Wei, Chan Peng Soon and Goh Liu Ying. They cheered and chanted “Malaysia Boleh” as the national shuttlers made an appearance at around 9.30am.

Lee and Chan are Penangites while Goh is from Malacca. They left for Komtar, where the trio will be awarded by the state government for clinching silver medals at the Olympics. All three were presented with cash rewards and incentives from the state during the award presentation ceremony at Komtar here.

Lee was awarded RM150,000 while Chan received RM100,000 and an incentive of RM25,000 and Goh obtained a RM25,000 incentive. Lee said he was looking forward to doing his best in future tournaments after winning silver in the Rio Olympics last month.

“I was now focusing on performing to my best at the Japan Open which begins on Sept 18. I will take it one step at a time. I will see how my condition is after the world championships, if my condition is good I will continue playing,” he said at a press conference today.

Chan meanwhile mirrored similar sentiments of his future plans as his aim was to do well in the World Championships. Besides that, Goh laughed off the questions regarding her stint as a model, saying her first love was badminton. She said modelling is just a hobby while her dream is wanted her dad to watch her play on television. 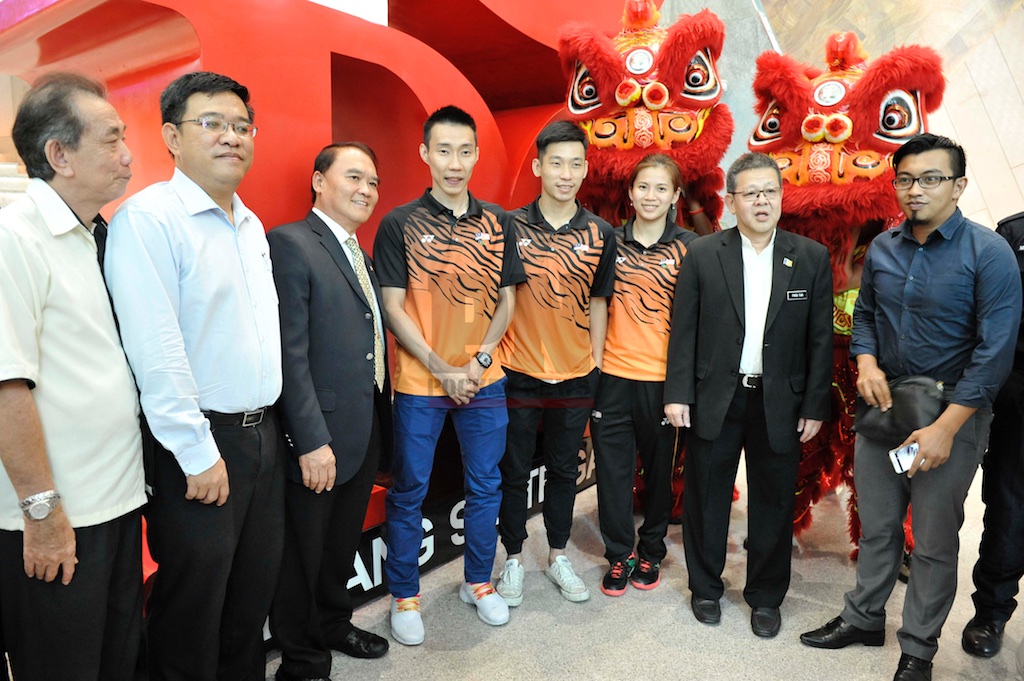