Also present were Jawi assemblyman YB Soon Lip Chee, General Manager of PLB Terang Sdn Bhd Nor Azman Othman, MBPP, MPSP and also other government departments. The landfill is managed by PLB Terang Sdn Bhd which has been awarded a 20-year concession by the Penang Island City Council and Seberang Perai Municipal Council in 2012 to manage the facility.

“Pulau Burung landfill is a facilities for both MBPP and MPSP. All the household and industrial organic wastes from the island and the mainland are disposed here. On average, 1,800 metric tonnes of waste are disposed here everyday. As the Phase 1 and Phase 2 of the Pulau Burung landfill are full, the state is going to open the Phase 3,” explained Azman.

“Phase 3 cost was estimated to be more than RM20 million. The project was to establish a level four standard landfill, the highest standard under environmental regulations. When completed, the Phase 3 will have a modern Material Recovery Facility (MRF). The MRF is expected to start operating in November next year while the treatment plant is pending DOE approval,” he said, adding the first of the cells in the phase three site is expected to be used starting in February.

Meanwhile, Azman also said that the concessionaire had applied to both Councils for permission to build the plant. He said further applications will be made to the Department of Environment (DOE), Tenaga Nasional Berhad (TNB) and other relevant agencies once the Councils give their approval. He said the 20 megawatt (MW) plant is to be located at phase three of the 425 acre landfill. He said the plant can supply electricity to the landfill and 12,400 homes.

He said he hopes that the solar farm could be completed by 2018. Besides that, Chow said, “The state aspires to do best. We have seen how the landfill in Ampang Jajar and Jelutong which were the dumping grounds since the 1960s-1970s. With a modern facility, we aim to have a Class 4 (best category) landfill.” 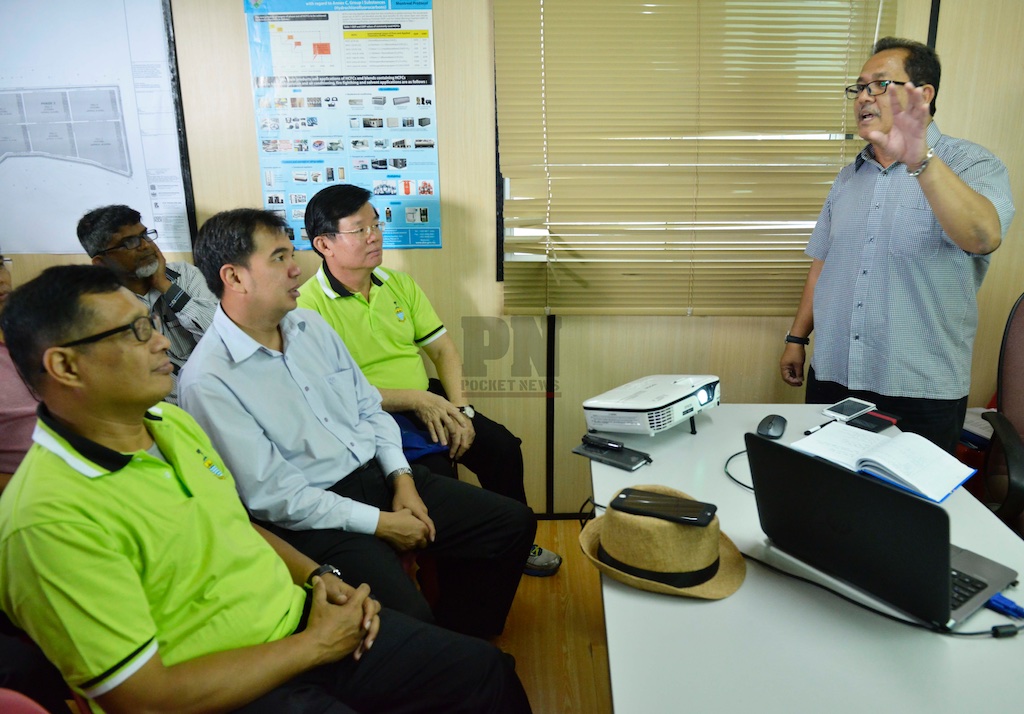