In a press conference with Chief Minister Lim Guan Eng today, the duo explained how their unique dish was prepared. Soon Ming, from Sungai Petani, who is a banquet chef at the G Hotel on Gurney Drive, said a 70g garoupa fish is cut into a square and placed in a wok with “cold oil”, which is oil that has not yet been heated up.

“We then ignite the burner, raising the temperature carefully from 60 degrees Celsius to 80 degrees. This way, we maintain the juices of the fish.This was the first time he had received such an award. I had participated in 10 competitions prior to this and has since received an offer to work as chef’s position at the Ritz Carlton Hotel in Singapore and would move there next month,” he said.

His partner, Lee Sheng, 27, who is the Paya Terubong, Air Itam, native, said winning the award meant a lot to him as he had been a chef since he was 18. He said the award was something significant for him and said he was happy to do the state and nation proud. He also added that the win was “one for Malaysia”. Lim complimented the duo on their win and presented them with RM800 each and a certificate of appreciation. — PN 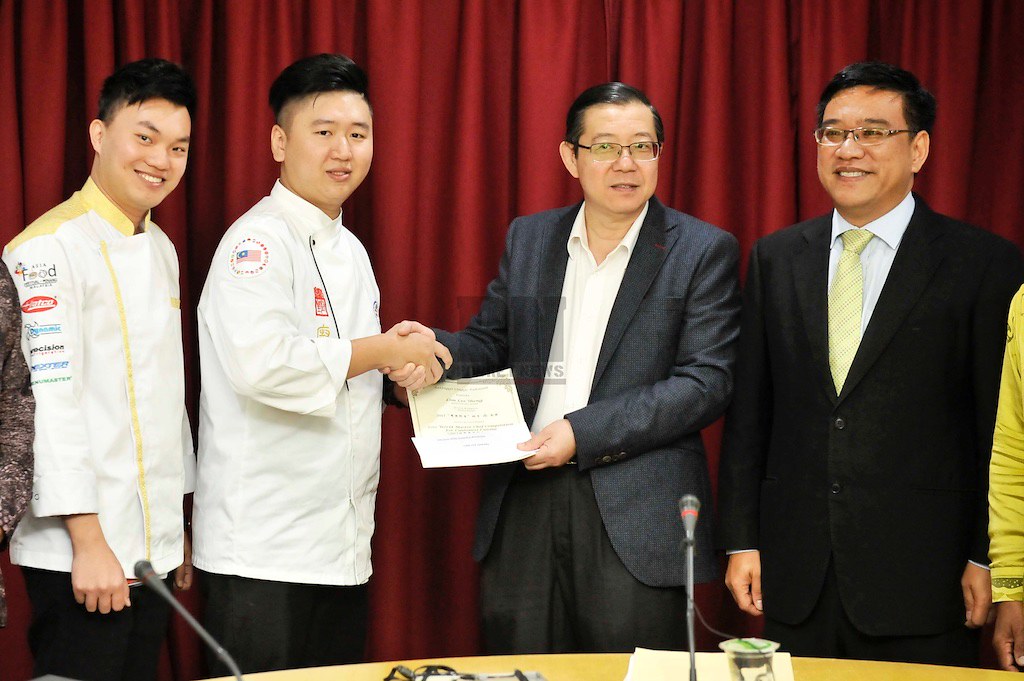