GEORGE TOWN, Sept 30 – The preparation work for demolition of Hong Seng Estate, Mount Erskine in Tanjung Tokong here seem to be done. The demolition work for the houses is set to begin on tomorrow morning.

Significant cracks have appeared at a row of houses in Hong Seng Estate which built along an old river bank. It show posing danger to tens of its residents and have been asked to evacuate their homes for their own safety.

The heavy rain, which began at about 12.30am, is believed to be the caused of loosened the soil in the area, causing it to sink. The incident has affected four houses located along one row, as well as four other homes nearby. — PN 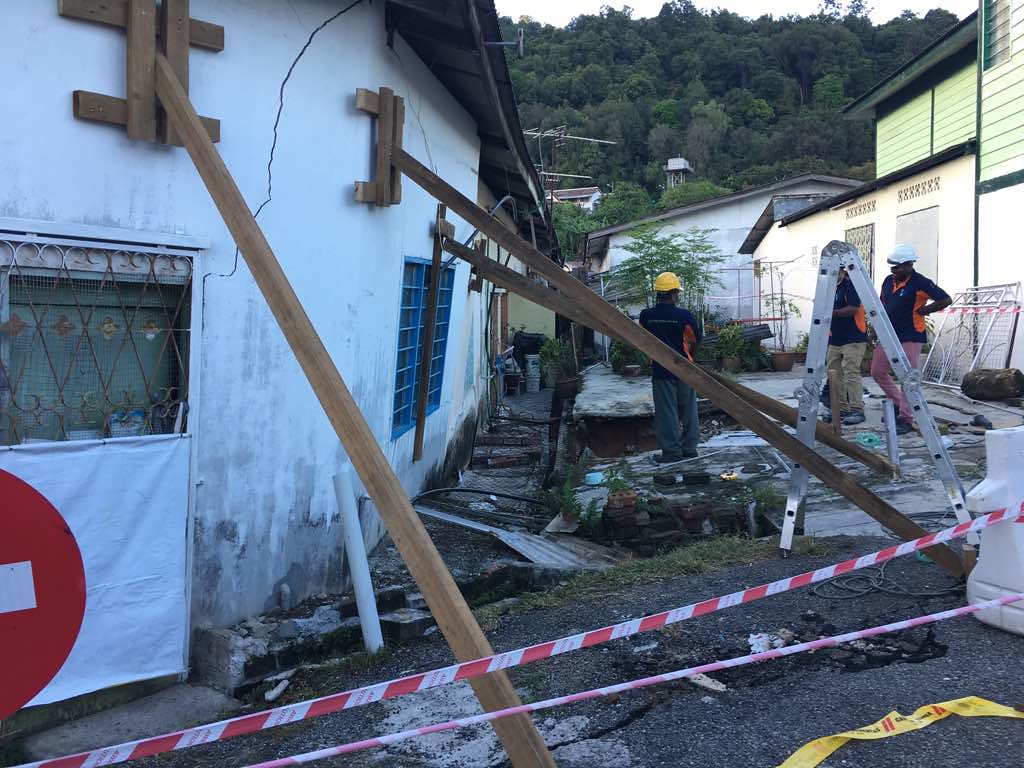