GEORGE TOWN, Oct 1 – MCA president Datuk Seri Liow Tiong Lai last night said Chief Minister Lim Guan Eng has been seen as failing to provide effective development agenda to the people in the state. He said despite having ample time to prove otherwise for the past nine years, the state government under the leadership of Lim has failed to resolve several problems besetting the state such as floods, environmental lapses and even matters related to rubbish collection.

Liow, who is Transport Minister, said Lim might have been busy “playing politics” rather than coming up with good planning and development agenda for the state. “After administering Penang for nine years, we can see Lim tried to manipulate state issues by blaming the previous government for issues he failed to settle.

“Nothing to do with him… even the recent floods he said was not his problem. The image he is painting lately is very bad… playing politics with the people. I think Penangites were savvy enough to “see through” Lim and the state government’s game, as there were at least 50 of promises yet to be fulfilled,” he told reporters after opening the Penang MCA Annual Convention here yesterday night.

“After nine years, he is still using the same old line. People are getting fed up with his tactics after the situation in the state worsened as the problems were not resolved,” he said. Liow also said that MCA would not ignore Penang as it had helped the state since Merdeka, pointing out that MCA’s Wong Pow Nee was the state’s first CM.

“We admit there has been a lot of damages done (to MCA) in the past two general elections…We have to work hard as it’s not an easy battle,” Liow added. Also present were MCA deputy president Datuk Seri Wee Ka Siong and state MCA chairman Datuk Tan Teik Cheng. — PN 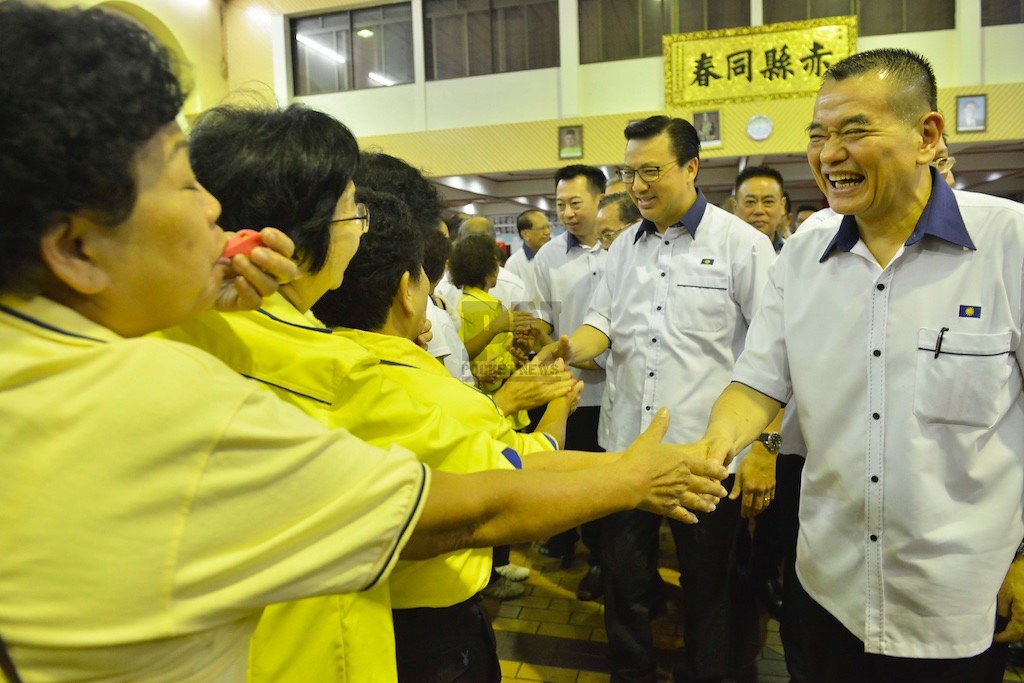