Prince Charles, Camilla Arrive In Penang To Visit Despite Floods

GEORGE TOWN, Nov 6 – The Prince of Wales, Prince Charles and the Duchess of Cornwall, Camilla will proceed to visit flood-struck in the state as scheduled this evening.

Chief Minister Lim Guan Eng confirmed the royal visit said that the programme will go on as scheduled with the state executive councillors accompanying the royal couple on their one-day visit to the state.

He also appreciated the federal government’s assistance for flood relief efforts. Lim added that the state legislative assembly would reconvene on Wednesday.

“For the arrival of Prince Charles, all programmes will carry on as scheduled. However, I have to take a leave of absence from escorting them as I need to focus on the floods in Penang,” he was quoted saying.

Prince Charles and Camilla are expected to arrive at the Penang International Airport at 7.20pm today, after visiting Sarawak. The British royals arrived in Malaysia on November 2 to commemorate the 60th anniversary of bilateral relations. — PN 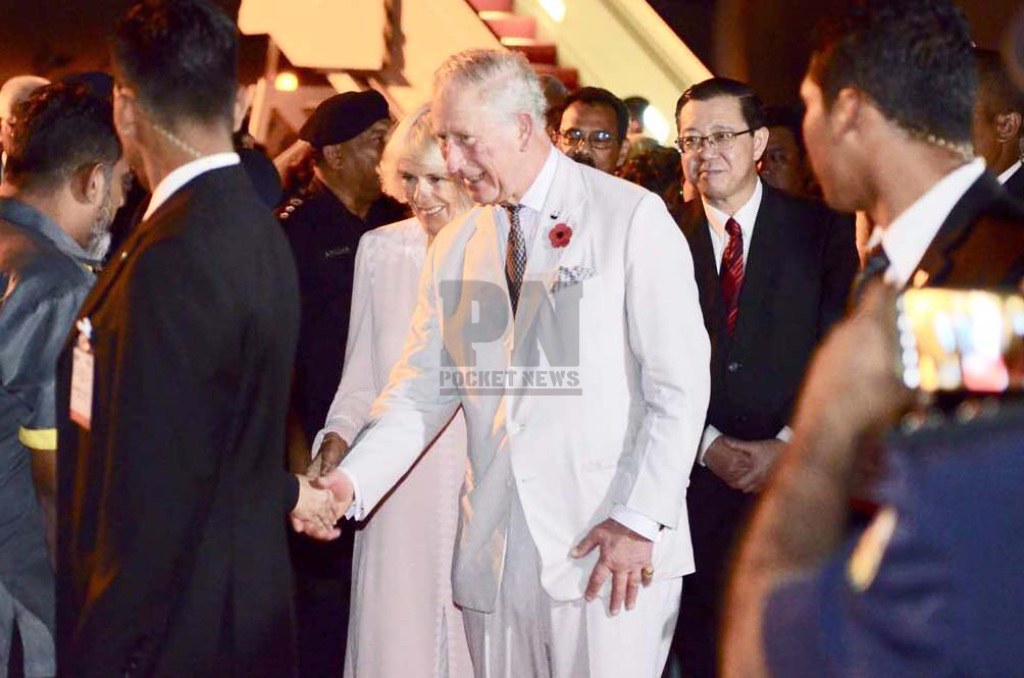