Chow: RM200K Allocated For DID To Repair Bridge Damaged In Recent Floods Areas

GEORGE TOWN, Nov 30 – Penang State Government channeled an allocation of RM200k to Department of Drainage and Irrigation (DID) to repair the bridge at Sungai Dondang in Air Itam. This announcement was make by Penang Local Government, Traffic and Flood Mitigation Committee chairman Chow Kon Yeow during a visit at Jalan Thean Teik across the Dondang River, here this morning.

Remedial works to prop up the bridge began on Nov 13, and it is scheduled to be completed by Jan 13 next year. The flash floods on Nov 4 till Nov 5 is said to be worst in the history of Penang had caused havoc on island and mainland.

Nortilawati said the DID will be working around the clock to ensure everything could be completed by next month despite the project being given a January deadline. She also added that the authorities were also cleaning up the sediments in the river banks near Jalan Scotland and Batu Lanchang respectively. — PN 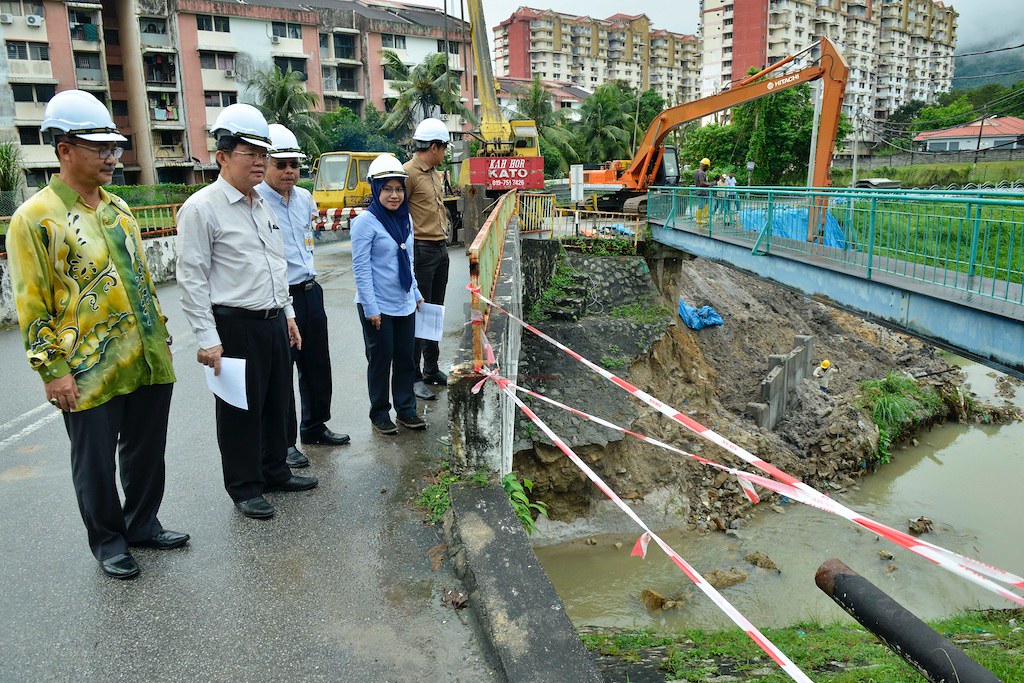