GEORGE TOWN, Feb 6 – Penang police are seeking for a local Chinese woman in her 40s to facilitate investigations into the harmful instant coffee case, which had led to seven people being hospitalised after drinking a brand of durian-flavoured coffee pre-mix.

George Town police chief Assistant Commissioner Anuar Omar said the woman had allegedly received the packets from an unidentified person before gave away the packet of harmful instant coffee for free at a food outlet in Jelutong.

“We are looking for the woman to come forward to have her statement recorded and also urging public with information on the case come forward to police,” he told a press conference at his office in George Town today.

“We also urging public to be wary when offered food and drinks for free by unknown individuals because people who had taken the product are suffered with the symptoms like vomiting, nausea and headache and had to be warded in hospital.”

“We also urged public, who received the harmful instant coffee, send it to police for chemistry test or throw it. Don’t consume the free products. If you have information, share it with police.”

A total of seven people have landed in hospital after consuming the harmful instant coffee, which was found to contain a certain type of drug. Five police reports have been lodged by some of the victims and police have recorded a statement from a witness. — PN 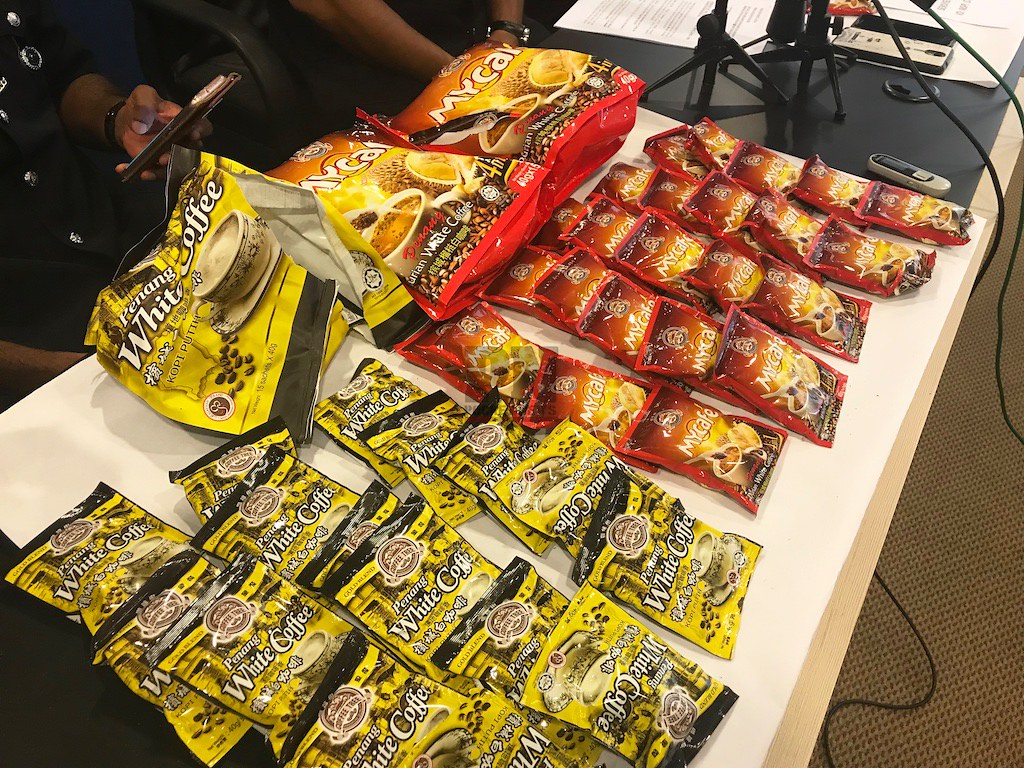