BAYAN LEPAS, Feb 21 – 6th Ban Ka Lan Snake Temple annual ‘Chneah Hoay’ (flame-watching) ceremony was happening at Snake Temple here on Tuesday evening. A deity at an ancient temple here has predicted that Penang’s economy in the Year of the Dog will be better than last year.

The prediction by deity Cheng Chooi Chor Soo Kong of the 197-year-old Hock Hin Keong (Ban Ka Lan Snake Temple) in Bayan Lepas was made during the annual Chneah Hoay (flame-watching ceremony) on yesterday. Held to mark the deity’s birthday, it is a practice at the ceremony for the deity to make the prediction based on the stability, brightness and strength of three flames during the ritual. Each flame represents a four-month cycle.

Thousands of devotees thronged the temple to pay homage to the deity before the ceremony started. The ritual began at 11.45pm on Tuesday, the first flame was successfully ignited at 11.50am, followed by the second flame at 11.54am and the last flame at 11.57am.

Cheng Hoe Seah chairman Teoh Hock Guan said the deity predicted that the economy would be at its best in the first four months of the year which first flame was 10 inch. He said the second flame was slightly smaller at around 4 inch and the third flame, re­presenting the period from September to December, was at around 3 inch. — PN 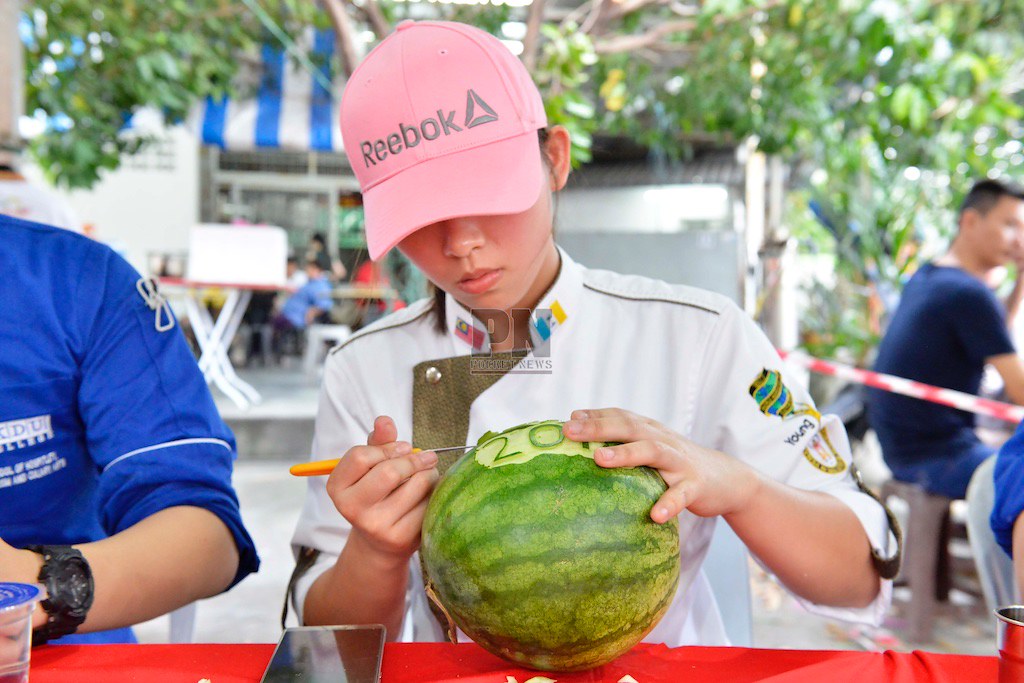