GEORGE TOWN, Feb 23 – Thousands devotees celebrate Jade Emperor’s Birthday Celebration, who know as Thiⁿ-kong Seh in Hokkien, at Chew Jetty in Weld Quay here this evening together with Penang Chief Minister Lim Guan Eng. Rhythmic playing of cymbals and wafting smoke of incense greeted locals and tourists alike who flocked to the site from 7pm despite a drizzle.

Loke Hui Wen, who from Penang and her boyfriend Choo Jun How, who from Kuala Lumpur, said this is the first time they worship to Jade Emperor at Chew Jetty.

“This is the first year we worship to Jade Emperor at Chew Jetty while previously my parents pray it at home. We worship Jade Emperor with mee koo, huat kuih and some fruit. We worship for success and smooth for work, faithful and health on this whole year,” Loke said.

Jade Emperor’s Birthday Celebration is one of the most important days of Chinese New Year which falls on the ninth day of the lunar new year. It is a Taoist celebration but in Penang, where most of the ethnic Chinese are predominantly Hokkien, the celebration is also one steeped in culture and traditions. — PN 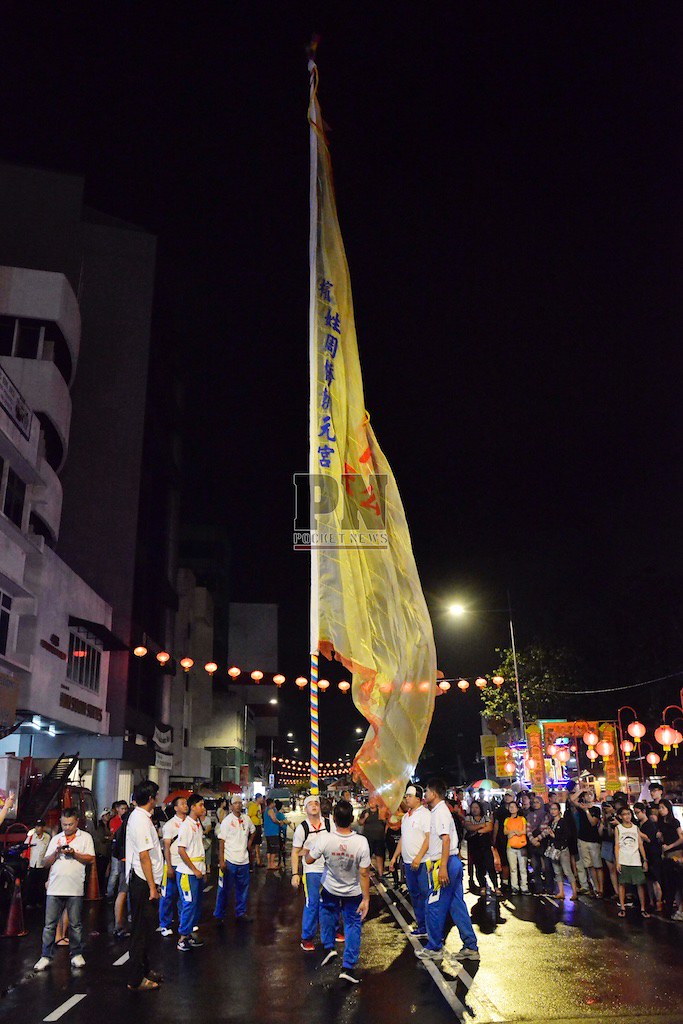