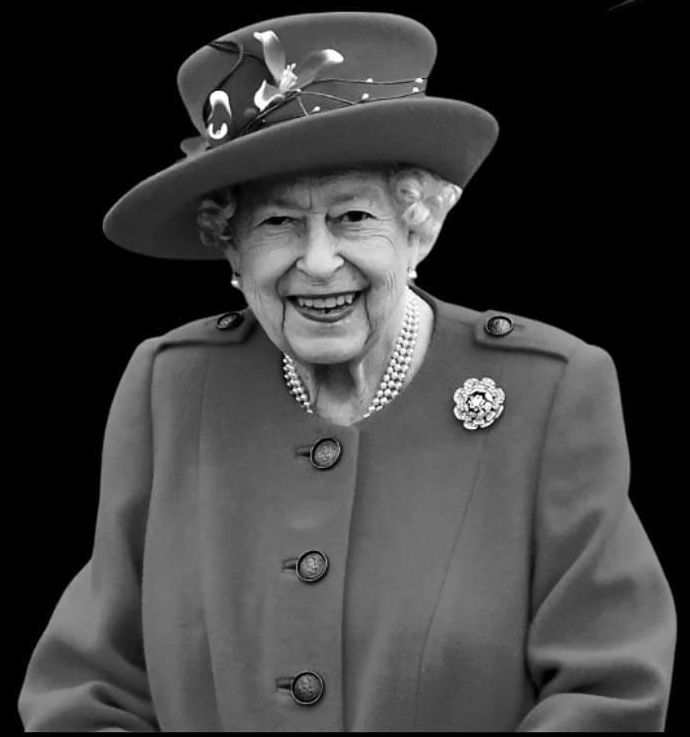 BALMORAL, SCOTLAND, September 9 – Queen Elizabeth, Britain’s longest-reigning monarch, the nation’s figurehead and a towering presence on the world stage for seven decades, died peacefully at her home in Scotland on Thursday aged 96. “The death of my beloved Mother, Her Majesty The Queen, is a moment of the greatest sadness for me and all members of my family,” the new king, her eldest son Charles, said.

“We mourn profoundly the passing of a cherished Sovereign and a much-loved mother. I know her loss will be deeply felt throughout the country, the Realms and the Commonwealth, and by countless people around the world,” the 73-year-old said in a statement. News that the queen’s health was deteriorating emerged shortly after midday on Thursday when her doctors said she was under medical supervision, prompting her family to rush to Scotland to be by her side.

Thousands gathered outside Buckingham Palace, in central London, and there was a stunned silence when the flag was lowered to half-mast. The crowd surged to the gates as the notice announcing the death of the only monarch most Britons have ever known was attached to the black iron gates. Royal officials said King Charles III and his wife Camilla, the Queen Consort, would remain at Balmoral Castle, where the queen died, before returning to London on Friday.

When he is expected to address the nation and meet Prime Minister Liz Truss. Details of the funeral have not been confirmed. On Elizabeth’s death, Charles automatically became monarch of the United Kingdom and the head of state of 14 other realms including Australia, Canada and New Zealand. He is expected to visit all the nations of the United Kingdom in the coming days. Her last official duty came only on Tuesday, when she appointed Truss prime minister the 15th of her reign.

The death of Her Majesty the Queen is a huge shock to the nation and to the world,” Truss said outside her Downing Street office where the flag, like those at royal palaces and government buildings across Britain, were lowered. Through thick and thin, Queen Elizabeth II provided us with the stability and the strength that we needed. She was the very spirit of Great Britain and that spirit will endure,” said Truss, who was informed of the death at 4:30 p.m. London time.